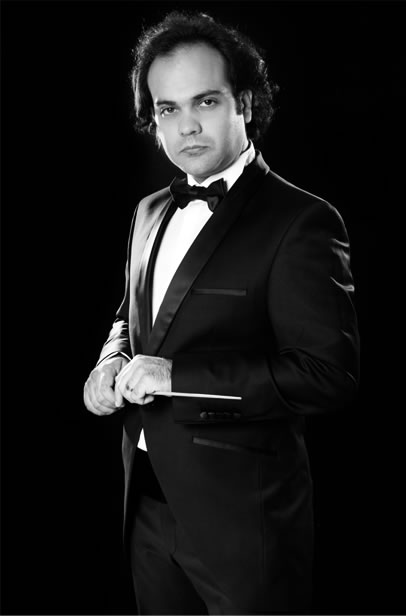 He started learning music since childhood by playing Violin. Following his graduation from conservatory, he entered the University of Music high education program and graduated in 2006 in the bachelor’s program of Viola playing. Then he completed his studies in the master’s degree program of Composition at Art University of Tehran in July 2009.

He has cooperated with several orchestras, both inside and outside Iran, as player and composer, while being the orchestra’s conductor of some of the same.